The Sentinel by Troy Denning is the fifth and penultimate book in the multi-author series, The Sundering and, like the previous book, The Reaver, is very reader friendly. Unlike the first few books in ... Read full review

Originally published on Tales to Tide You Over Another exceptional book in The Sundering series, The Sentinel begins with a simple guardsman with a chip on his shoulder trying to do the best for his ... Read full review

Troy Denning is the New York Times best-selling author the Star Wars Fate of the Jedi novels--Abyss, Vortex, and most recently Apocalypse--as well as many beloved and best-selling Forgotten Realms titles including Crucible,Waterdeep, Pages of Pain, Beyond the High Road, The Summoning, and many other novels. A former game designer and editor, he lives in western Wisconsin with his wife, Andria. 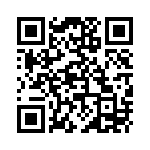