Rebecca Messbarger is an Assistant Professor of Italian in the Department of Romance Languages and Literatures at Washington University. 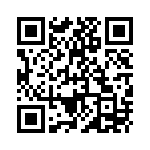