Donald A. Hair is a Professor in the Department of English, University of Western Ontario, and author of Tennyson's Language , Domestic and Heroic in Tennyson's Poetry , and Browning's Experiments with Genre . 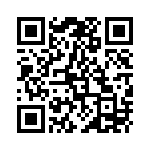