Magda Fahrni is an assistant professor in the Department of History at l?Université du Québec ŕ Montréal. 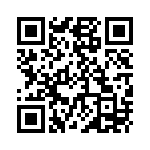