J. C. Yardley is a professor of Classics at the University of Ottawa and former President of the Classical Association of Canada. 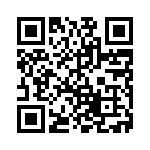