SERHY YEKELCHYK is an assistant professor in the Departments of History and Germanic and Russian Studies at the University of Victoria. 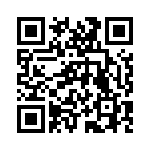