From the raving honours that the Whitney Hospital neurosurgeons Dr Mckenzie and Dr Miller have acclaimed from the establishment finally comes a glimmer of truth of the actual dark horrors of these wick dissecting men preformed in an age where there was no one to stop their experiments. I hearld this book as my mother was one of those lobetomized experiments never follow up and hence a lifetime suffering occurs for 3 generations from her assault. We need more voices against the experiments that were basically wick, hugely unmedical, and unscientific let alone humanely done or follow up after. 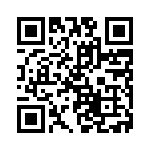