Jules Verne (1828-1905), the world's most translated author, wrote numerous classics of adventure and science fiction, including The Meteor Hunt, Lighthouse at the End of the World, The Golden Volcano, and Magellania, which are all available from the University of Nebraska Press. Marie-Thérčse Noiset is a professor emerita of French and translation at the University of North Carolina at Charlotte. She has also translated Caught in the Storm by Seydou Badian. Volker Dehs is a German literary critic and leading Jules Verne specialist and biographer. 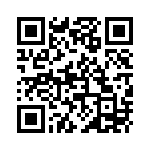