The Author: Wolfgang Mieder is Professor of German and Folklore at the University of Vermont. Besides editing Proverbium: Yearbook of International Proverb Scholarship, he is author or co-author of numerous other books on proverbs, including A Dictionary of American Proverbs (1992); Proverbs Are Never out of Season: Popular Wisdom in the Modern Age (1993); Wise Words: Essays on the Proverb (1994); The Proverbial Winston S. Churchill (1995); Proverbs in World Literature: A Bibliography (1996); The Proverbial Harry S. Truman (1997); The Politics of Proverbs: From Traditional Wisdom to Proverbial Stereotypes (1997); Twisted Wisdom: Modern Anti-Proverbs (1999); Proverb Iconography: An International Bibliography (1999); and The Proverbial Abraham Lincoln (2000). 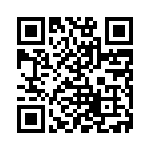