Page 301 - An Introduction to Mental Philosophy, on the Inductive Method. By JD MORELL, MA LL.D. 8vo. 12s. Elements of Psychology, containing the Analysis of the Intellectual Powers. By the same Author. Post 8vo. 7s. 6d. The Secret of Hegel: being the Hegelian System in Origin, Principle, Form, and Matter.
Appears in 528 books from 1837-2007

David Carrier is the Champney Family Professor of Art History at Case Western Reserve University and the Cleveland Institute of Art. His books include Sean Scully; Writing about Visual Art; The Aesthetics of Comics; High Art: Charles Baudelaire and the Origins of Modernist Painting; Principles of Art History Writing; and Poussin's Paintings. 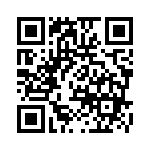