Christopher J. Ferguson, PhD, is a clinical psychologist and department chair of psychology at Stetson University in DeLand, Florida. He has done extensive research on the effects of media in realms ranging from video game and television violence to body image to advertising. 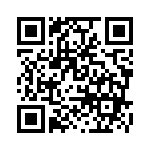