What a marvelously weird little book. I really thought I knew where it was going at one point, and then it completely surprised me, which is nice! Nonetheless, I didn’t totally love it–a little too quirky, maybe? Not sure. Regardless, it’s a fun book and I think would make a great readaloud. Read full review

THE BABY THAT ROARED

Some parents are blind to the faults of their beloved babies.Mr. and Mrs. Deer are desperate for a baby to love and cuddle and read stories to. One morning they find a roaring bundle on their doorstep ... Read full review

Simon Puttock had a peripatetic childhood (New Zealand, Trinidad, Australia, England, Barbados plus stopovers a-go-go), which seems to have induced in the adult version a tendency to sit tight. But he lives in Edinburgh, so there are mountains of things to see and do on his doorstep - almost literally in the case of mountains themselves. He studied English Literature at Newcastle University, which has come in handy for him not so much as a writer as as a reader (fantastically clumsy but legitimate use of a double 'as'). Simon has written several books before, including Miss Fox and the Goat and Donkey books, and hopes to write many more - though not too many, he says: 'just the right number... whatever that may turn out to be.'

Nadia Shireen studied law and worked as a music journalist before following what she always felt to be her distiny through an MA in children's book illustration at Cambridge School of Art. Although The Baby That Roared is only her second picture book, her work is already achieving critical acclaim. Nadia lives in London with her husband. 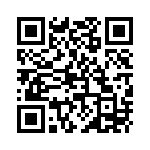