Classic science fiction. This is the first American edition, handsomely illustrated and in excellent shape, considering it's 24 years older than I am. First read it from the Library, then tracked down my own copy--long before there was an Internet. Read full review

I rather enjoyed this book, such breadth of feeling and scenery in a pretty short book. I really enjoyed the scenes if the time travelers own introspection about what would cause this stratification ... Read full review

Herbert George Wells (1866-1946). Novelist, journalist, social reformer and historian H.G. Wells is one of the greatest science fiction writers. With Aldous Huxley and, later, George Orwell he defined the adventurous, social concern of early speculative fiction where the human condition was played out on a greater stage. Wells created over fifty novels, including The Time Machine, The Invisible Man and The War of the Worlds. 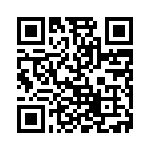