Norton Perina is a scientist who is brought to an island to study a very unknown race of people. He discovers many things about their culture and learns that they are much older than we are accustomed ... Read full review 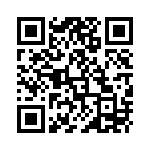