Liza Knapp, associate professor of Slavic languages at the University of Minnesota, is the editor of Tolstoy's The Death of Ivan Ilych: A Critical Companion (Northwestern UP, 1999) and the author of Leo Tolstoy's The Death of Ivan Ilich: An Interpretation (Macmillan, 1993). He has published widely in Tolstoy studies, most recently "On the Style of a Story for the People" (1998) and "Brother or Other: Tolstoy's Equivocal Surrender to the Concept of Brotherhood" (1996).

Amy Mandelker is associate professor of compartive literature at the Graduate Center, City University of New York. Her articles of Tolstoy, Russian and European literatures, and literary theory have appeared in PMLA, Comparative Literature, Novel, Tolstoy Studies Journal, and Slavic and East European Journal. She is the author of Framing Anna Karenina: Tolstoy, the Woman Question, and the Victorian Novel (Ohio State UP, 1993), coeditor (with Elizabeth Powers) of Pilgrim Souls: An Anthology of Spiritual Autobiographies (Simon, 1999), and editor of Bakhtin in Contexts: Across the Disciplines (Northwestern UP, 1996). 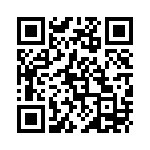