Fr. Franēois Petit, O. Praem. (1894-1990), was a canon of Mondaye Abbey in France and also served as prior of Longpont. His numerous books, articles, and textual editions established him as the foremost twentieth-century authority on the history and spirituality of the first generations of Premonstratensians. In 1975, along with Pierre-Marie Pontrué, he founded the Centre d'Etudes et de Recherches Prémontrées.

Carol Neel is professor of history at Colorado College and has published several translations and commentaries on medieval spiritual texts. 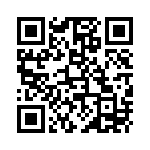