Lauded as "one of the most influential advocates for the interior design industry", 2011 marked Cindy Allen's ten-year anniversary as the editor in chief of Interior Design. Since her editorship in 2001, Allen has established herself as a force in elevating the publication's importance and exposure--strengthening its credentials as the main ambassador of design while proving it the vehicle of growth and success for the industry it represents.

Allen is an industry champion, promoting both the giants of design and the rising stars. A self-proclaimed design junkie, she brings an unbridled passion for design to the pages of the magazine each month, offering a unique view into design and personal connections to leaders in the industry. It doesn't stop at the printed page; she actively participates in a variety of panels, juries, roundtables, speaking engagements, and industry events worldwide.

In 2010, Allen received an Honorary Doctorate in Fine Arts from the New York School of Interior Design. Recipient of the 2010 Circle of Excellence Award from IFDA and the 2009 Alpha Award by Alpha Workshops, Allen has served as juror for the Cooper Hewitt National Design Awards and the Gensler Design Excellence Awards, among others, and she is a board member for Design Trust for Public Space and Alpha Workshops. 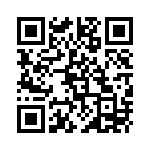