Seventeen-year-old Katerina is an ambassador's daughter on the precipice-and perhaps already over the edge-of womanhood. Travelling on board the transatlantic ocean liner RMS Aquitania en route to her ... Read full review

A.S. Patric was born in Zemun, Serbia, but has lived in Australia since childhood. He is a lecturer in creative writing at the University of Melbourne, and is a bookseller. His short stories include The Rattler and Other Stories (2011), Las Vegas for Vegans (2012), and Bruno Kramzer: A Long Story (2013). His debut novel is Black Rock White City, for which he won the 2016 Miles Franklin Literary Award. 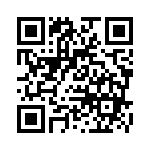