Jennifer Jones is the Director of Preventive Medicine and Cardiovascular Health at the National University of Ireland Galway, Ireland, and Reader in Physiotherapy at Brunel University, UK. She was President of BACPR 2011-2013.

John Buckley is Professor of Applied Exercise Science, Director of the Centre for Active Living, University Centre Shrewsbury, University of Chester, UK. He is Executive Officer and Past-Chair, International Council of Cardiovascular Prevention and Rehabilitation, and was President of BACPR 2009-2011.

Gill Furze is Emeritus Professor in Health and Life Sciences at Coventry University, UK, and was President of BACPR 2013-2015. 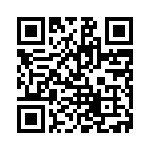