Susan Belasco is Professor Emerita and former Chair of the Department of English at the University of Nebraska, Lincoln, Nebraska.

Theresa Strouth Gaul is Professor and Chair of the Department of English at Texas Christian University, Fort Worth, Texas.

Linck Johnson is the Charles A. Dana Professor of English at Colgate University, Hamilton, New York. 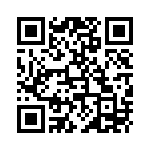