HANSJOERG KRAEHMER, works at Weed Control Research of Bayer AG. He has held positions in Research, Development, and Marketing in different agrochemical companies, including Schering AG, AgrEvo, Aventis, and Bayer AG. Dr. Kraehmer is the author of Weed Anatomy and Atlas of Weed Mapping. 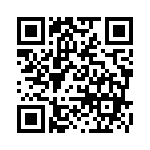