GREGORY J. RETALLACK, PHD, is a Professor in the Department of Earth Sciences at the University of Oregon, USA. 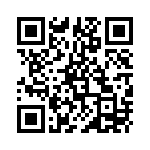