Colin P. Summerhayes is an Emeritus Associate of the Scott Polar Research Institute of Cambridge University. He has carried out research and managed research programmes on aspects of past climate change in academia, in government laboratories, in intergovernmental and non-governmental organizations, and in industry since obtaining a PhD in Geochemistry from Imperial College, London, in 1970.

The cover shows a view of some the numerous small crevassed glaciers typical of the Antarctic Peninsula, which are seen here cutting across the Mid-Jurassic to Lower Cretaceous volcanic rocks of the exposed magmatic core of the ancient island arc underlying the Peninsula, on the east side of the northern entrance to the Lemaire Channel. 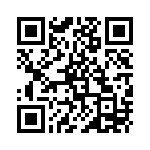