Paul M. Joyce holds the Samuel Davidson Chair in Old Testament/Hebrew Bible at King's College London. He was formerly University Lecturer in the Old Testament at Oxford University and a Fellow of St Peter's College. He is the author of Divine Initiative and Human Response in Ezekiel (1989) and Ezekiel: A Commentary (2007); and is co-editor of Crossing the Boundaries: Essays in Biblical Interpretation in Honour of Michael D. Goulder (with Stanley E. Porter and David E. Orton, 1994); After Ezekiel: Essays on the Reception of a Difficult Prophet (with Andrew Mein, 2011); Biblical Interpretation and Method: Essays in Honour of Professor John Barton (with Katharine Dell, 2013); and The God Ezekiel Creates (with Dalit Rom-Shiloni, 2015).

Diana Lipton teaches at Tel Aviv University, Israel, and The Hebrew University of Jerusalem's Rothberg International School. She has been a Fellow of Newnham College, Cambridge, as well as Reader in Hebrew Bible and Jewish Studies at King's College London. She is the author of Revisions of the Night: Politics and Promises in the Patriarchal Dreams of Genesis (1999) and Longing for Egypt and Other Unexpected Biblical Tales (2008), and is co-editor of Feminism and Theology (with Janet Martin Soskice, 2003) and Studies on the Text and Versions of the Hebrew Bible in Honour of Robert Gordon (with Geoffrey Kahn, 2011). 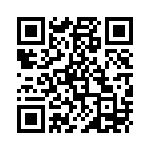