Science is about discovery, about unlocking the truth, about winning prizes and gaining recognition. This is the message of Prize Fight. The author looks at the researchers and what they will do to ... Read full review

Prize Fight isn't so much an account of competition in science in general as a history of disputes over credit and priority in the medical field. The majority of the book consists of two stories (the ... Read full review

Morton A. Meyers, MD is Distinguished University Professor and emeritus chair of the Department of Radiology in the School of Medicine SUNY, Stony Brook. He is the author of the seminal textbook on abdominal radiology (now in its sixth edition) that has been translated into Spanish, Italian, Japanese, Chinese, and Portuguese editions and has worldwide sales total over 50,000, and is the founding editor in chief of the international journal Abdominal Imaging. The author of award-winning Happy Accidents: Serendipity in Modern Medical Breakthroughs, he lives in Stonybrook, New York. 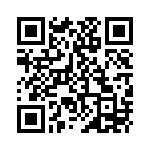