A mess of storytelling. The eyewitness accounts were jumbles and hard to follow. I actually gave up trying to follow who was who to just get the gist of what they were saying. Almost stopped reading ... Read full review

Interesting book on a topic that has not received much attention in either academia nor popular media in the English-speaking world. Indeed the book exposes tragedy that the years 1941 to 1945 was the ... Read full review

Cathryn J. Prince is the author of A Professor, a President, and a Meteor: The Birth of American Science, for which she won the Connecticut Press Club's 2011 Book Award for non-fiction. She is also the author of Burn the Town and Sack the Banks: Confederates Attack Vermont! and Shot from the Sky: American POWs in Switzerland. She worked as a correspondent for The Christian Science Monitor in Switzerland and in New York, where she covered the United Nations. Prince covers the Connecticut State House for Patch.com. 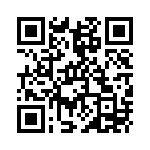