Anthony Elliott is Professor of Sociology, Flinders University, Australia, Visiting Research Professor at the Open University, UK and Visiting Professor at University College Dublin, Ireland. A specialist in the field of identity studies, Professor Elliott's related books include Subject to Ourselves, 2e (2004), Social Theory Since Freud (2004), The New Individualism (2005, with Charles Lemert), Concepts of the Self, 2e (2007), Making The Cut: How Cosmetic Surgery is Transforming Our Lives (2008), Identity in Question (2008, with Paul du Gay) and Mobile Lives (2010, with John Urry). 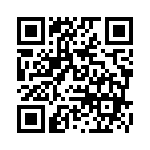