Michael Frierson is a Professor in Media Studies at the University of North Carolina at Greensboro. He is the author of Clay Animation: American Highlights 1908 to the Present (1994), which won the McLaren-Lambart Award from the National Film Board of Canada for the Best Scholarly Book on Animation for 1995. He teaches film theory, film/video production and editing, and has produced, shot and edited feature documentaries, as well as short films for Nickelodeon, Childrenżs Television Workshop, MSN Video, and AT&T Blue Room. 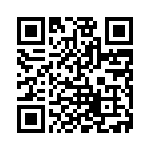