Sometimes you're glad to finally plow your way through some tome, other times, you hate to see the story end. This was one of those hate to send it end books. We've watched the TV series twice and the ... Read full review

Martin Moone is besieged with sisters and bullies; he needs a wingman for the summer. His best friend has to help his father on the farm, but he suggests to Martin getting an imaginary friend ... Read full review

Chris O'Dowd is best known for his roles in Bridesmaids, The IT Crowd, and the HBO show Family Tree. He recently starred in the Broadway play Of Mice and Men, for which he received a Tony nomination for Best Leading Actor. He is the creator and star of the Hulu show Moone Boy, which was inspired by his own childhood in a small town in Ireland.

Nick V. Murphy is a writer and producer, best known for his work co-writing Moone Boy with Chris. He lives in Los Angeles with his family. 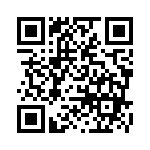