Although the title and cover art suggest this is an adventure story about working dogs, that is really not the case. The story does involve dogs and their professional handlers but the canine ... Read full review

This is book # 4 in the series and this one is about Yardley who owns and operates the Harmony Kennels. She is so caught up with training or taking care of the dogs, or people that have come through ... Read full review 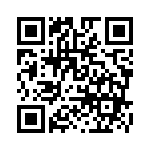