With this new series, Fox (Baby It's Cold Outside) leaves the wilds of Alaska for a small Brooklyn neighborhood. Nick Kelley is a hometown hero and owner of the local hangout. Emma Bradley is leaving ... Read full review

Addison Fox can’t remember a time when words weren’t a part of her life. In addition to being an avid reader, she loves writing novels about strong-willed and exciting heroes and heroines – individuals who are meant for each other and who deserve their happy ever after. After she makes them work for it, of course!

First published in 2010, Addison has written across romance genres including paranormal, contemporary and romantic suspense. A romantic at heart, she’ll take her heroes any way she can get them – from ancient warriors to computer geeks to sexy cowboys. She’s not picky - but she is deeply grateful her readers are willing to come along for the ride. 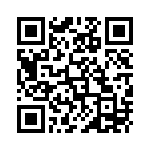