Let me start off telling you that Wolf Hunter is the first that I have read in the Artic Brotherhood series and I really have to question my lack of judgement in missing out on this thrilling series.
In relation to the above statement, the author let information trickle into the story in just the right way to provide me with enough of the back story to pick up on the major conflict of the series without giving too much away or letting it take up too much of the current story. So the book can be read without reading the others but I do believe it will be better when I read the other ones and then re-read this one.
Cindy and Sebastian’s chemistry heats up the pages while their romance is being overshadowed by the evil that is stalking Cindy. The main characters are strong and readers can easily get caught up in their story and the supporting characters are just as strong and make up quite a brotherhood to fight Fenrir and the sorcerer Chastel which gives the story a well-rounded and solid group to engage reader’s imagination.
The action, suspense and thrills keep readers on the edge of their seats as the hero and heroine along with the rest of the Brotherhood fight to get ahead of the malevolent plans that Chastel and Fenrir have in store for them and the rest of the world and the twists and turns ensure that readers never stop turning the pages. I also would like to give the author a thumbs up on the climatic ending and the setting up for the final book!
Jane Godman has taken me surprise with her world of Norse mythology and werewolves and I will definitely be on the look-out for more books from her in the future.

Jane Godman writes paranormal romance for Harlequin Nocturne, thrillers for Harlequin Romantic Suspense, and steamy historical romance for Samhain Publishing. Her paranormal series, The Arctic Brotherhood, is published by SMP Swerve. Jane lives in Cheshire, England, is married to a lovely man and is mum to two grown up children. When not writing, Jane loves to travel to European cities that are steeped in history. 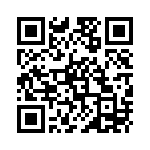