What happens when a Spy Thriller author gets involved in something that resembles his Novels? The Moroccan Girl is that story. Kit Carradine is a famous author recruited by a strange man whom he ... Read full review

This is a spy novel about a spy novelist. Kit is an author about to go to a literary conference in Morocco and is recruited to conduct a little espionage on the side. It is a believable enough story ... Read full review 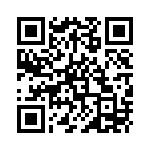