This is the kind of book I'd love to have written. It has boatloads of suspense, a terrifically creepy world, unusual characters and lots of action. Best of all, while the first in a trilogy, it very much satisfies at the end, leaving this reader very excited for what will come next. Read full review

This book caught my attention. It's a must read

Taran Matharu is the author of the New York Times-bestselling Summoner Trilogy: The Novice (Book One), The Inquisition (Book Two), The Battlemage (Book Three), The Outcast (the prequel), and The Summoner's Handbook. The series has been compared to the Harry Potter and The Lord of the Rings series. Taran Matharu lives in London. 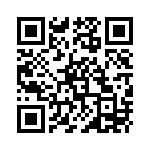