Maybe For You by Nicole McLaughlin Whiskey and Weddings #3 Alexis “Alex” Parker had her future in front of her. She and Nate would spend their last year in the military in Italy as a married couple ... Read full review

How do you recover from unyielding grief & pain? Alex isn’t sure that she can. She lost her fiancée just before their wedding & it devastated her. She decided to finish out the tour that they were ... Read full review

Nicole McLaughlin wrote her first full length book (6 pages) about the birth of her baby sister, when she was eight years old. She only finished it because her mother bribed her with a Rick Astley cassette tape. Sad, but true. Now her characters are what keep her writing and her subject matter has gotten a little bit deeper and a lot more romantic. She resides in a small town outside of Kansas City with her husband and three sons. When she isn’t writing, she’s a wedding and portrait photographer, loves to cook, and watch historical dramas or documentaries. She is the author of the Man Enough novel All I Ask and the Whiskey and Wedding series. 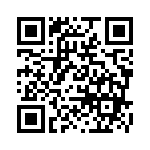