Auralee Wallace is the author of the Otter Lake Mystery series which includes Skinny Dipping with Murder and Pumpkin Picking with Murder. She has played many roles in her life, including college professor, balloon seller, and collections agent. When this semi-natural blonde mother of three children (and psychiatric nurse to two rescue cats) isn't writing humorous novels about quirky characters, she can often be found pontificating about the Golden Age of soap operas or warring with a family of peregrine falcons for the rights to her backyard.

ELLEN HART, “a top novelist in the cultishly popular gay mystery genre” (Entertainment Weekly), is also a Lambda and Minnesota Book Award winner. The author of more than twenty mysteries featuring Jane Lawless, she lives in Minneapolis, Minnesota. In 2017, she was chosen as a Grand Master by Mystery Writers of America (MWA).

ELLIE ALEXANDER is a Pacific Northwest native who spends ample time testing pastry recipes in her home kitchen or at one of the many famed coffeehouses nearby. When she's not coated in flour, you'll find her outside exploring hiking trails and trying to burn off calories consumed in the name of research. She is the author of the Bakeshop Mysteries, including Meet Your Baker and A Batter of Life and Death. You can find her on Facebook to learn more!

FRANCES BRODY lives in Leeds in the North of England. Before turning to crime with her first book in the Kate Shackleton series Dying in the Wool, she wrote historical sagas, winning the HarperCollins Elizabeth Elgin award for most regionally evocative debut saga of the millennium. Other Kate Shackleton Mysteries include Death at the Seaside, A Death in the Dales, and Murder on a Summer's Day.

G. M. MALLIET’s first St. Just mystery won the 2008 Agatha Award for Best First Novel, and was chosen by Kirkus Reviews as a best book of the year. It was nominated for several awards, including the Anthony, the Macavity, and a Left Coast Crime award for best police procedural. She has since been nominated for nearly every major crime-writing award, including the Anthony (audiobook and short story). Her series from Minotaur featuring a former MI5 agent turned vicar of a small English village debuted in the autumn of 2011. Of the fourth book in the series, Cleveland.com raved: "[Malliet] may be the best mystery author writing in English at the moment (along with Tana French). She's certainly the most entertaining." She attended graduate school in Cambridge and Oxford; she and her husband travel frequently to the U.K., the setting for her books.

JULIA CHAPMAN is the pseudonym of Julia Stagg. Julia currently lives in the beautiful Yorkshire Dales in the north of England. When not writing, she spends her time out in the hills, running on the fells that provide the beautiful setting for the Dales Detective novels, or riding her bike through the small hamlets and villages that are a vital part of her books.

MAGGIE MCCONNON grew up in New York immersed in Irish culture and tradition. A former Irish stepdancer, she was surrounded by a family of Irish musicians who still play at family gatherings. She credits her Irish grandparents with providing the stories of their homeland and their extended families as the basis for the stories she tells in her Belfast McGrath novels.

MANDY MORTON began her professional life as a musician. More recently, she has worked as a freelance arts journalist for national and local radio. The No. 2 Feline Detective Agency series was inspired by her own cats, Hettie and Tilly.

MARLA COOPER is the pen name of a professional writer who was written everything from advertising copy to travel guidebooks to the occasional haiku. While ghostwriting a book on destination weddings, she found inspiration for her first novel, Terror in Taffeta. Originally hailing from Texas, Marla now lives in Oakland, California, with her writer husband and her polydactyl tuxedo cat.

MICHELLE KELLY is a writer living in Coventry, UK. Her recent Harlequin crime novel When I Wasn't Watching went to number 1 in the UK and Australian crime charts. She is a passionate yoga practitioner and finds that, as the mother of two teenagers, her yoga practice keeps her sane. The Keeley Carpenter stories marry her three great loves; yoga, food, and murder mysteries.

PAIGE SHELTON had a nomadic childhood as her father's job as a football coach took the family to seven different towns before she was even twelve years old. After college at Drake University in Des Moines, Iowa, she moved to Salt Lake City where she thought she'd only stay a couple years, but she fell in love with the mountains and a great guy who became her husband. After many decades in Utah, she and her family recently moved to Arizona. Her books include Of Books and Bagpipes and The Cracked Spine.

Tessa Arlen, the daughter of a British diplomat had lived in, or visited her parents in: Singapore, Berlin, The Persian Gulf, Beijing, Delhi and Warsaw by the time she was sixteen. She came to the U.S. in 1980 and worked as an H.R. recruiter for the Los Angeles Olympic Organizing Committee for the 1984 Olympic Games, where she interviewed her future husband in 1983 for a job. Death of a Dishonorable Gentleman is Tessa’s first novel. She lives in Washington.

TRACEE DE HAHN completed degrees in architecture and European history at the University of Kentucky and then lived in Europe, including several years in Switzerland. She currently lives in Virginia with her husband, a Swiss architect, and their Jack Russell Terriers. Swiss Vendetta is her first novel. 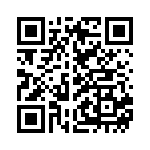