Considering that Nash has been such a hard headed dumba$$ in the last 2 books, he really turned over a new leaf and stood up to do what was right for Meghan. Admitting their feelings to each was a ... Read full review

Hard Riding Cowboy by Stacey Kennedy Kinky Spurs # Having read book one of this series but missed book two I was thrilled to read book three. This time we have Nash Blackshaw and Megan Harrison, in a ... Read full review

Stacey Kennedy is an outdoorsy, wine-drinking, nap-loving, animal-cuddling, USA Today bestselling romance author with a chocolate problem. She writes sexy contemporary romance with a dash of suspense and a sprinkle of heart and humor, including titles in her wildly hot Kinky Spurs, Club Sin, and Dirty Little Secrets. She lives in southwestern Ontario with her family and does most of her writing surrounded by lazy dogs. 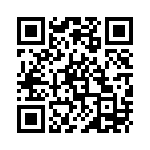