Taran Matharu is the author of the New York Times-bestselling Summoner series. He lives in London, England. 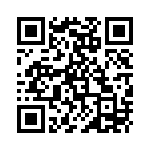