American boy of Japanese descent, Alex Maki, and French Jewish girl, Charlie Lévy, are paired up as pen pals when they are 9 years old and continue their correspondences for another 10 years. This ... Read full review

I haven’t before read a story that links the containment of Japanese Americans (Pearl Harbour) with the imprisonment of Jewish people in Auschwitz. Tough subject to read about but Fukuda did a good ... Read full review

Born in Manhattan and raised in Hong Kong, ANDREW FUKUDA earned a bachelor’s degree in history from Cornell University and worked as a criminal prosecutor for seven years before becoming a full-time writer. Fukuda’s experience volunteering with the immigrant teen community in Manhattan’s Chinatown led to the writing of Crossing, his debut novel that was selected by ALA Booklist as an Editor’s Choice, Top Ten First Novel, and Top Ten Crime Novel. He currently resides on Long Island, New York, with his family. 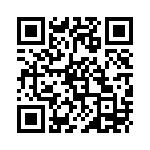