In White's third "Voidwitch Saga" story, genetically modified, telepathic supersoldier Mars Xi takes on a new mission. Her young companion Pale is suffering from seizures, and the only person who can ... Read full review

A good conclusion to the trilogy, although there is enough tantalising opening for more books in this series. Read full review

Corey J. White is the author of Repo Virtual and The VoidWitch Saga—Killing Gravity, Void Black Shadow, and Static Ruin—published by Tordotcom Publishing. They studied writing at Griffith University on the Gold Coast, and are now based in Melbourne, Australia. 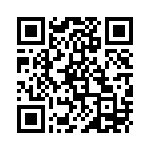