It's been a while since I raced through a novel in two days, but this was a compelling story that managed to continue to move the plot forward at a brisk pace while keeping the revelation of the ... Read full review

I enjoyed the section from the father's point of view, but after that it began to drag and by the end I was just skimming it. None of the characters were likeable and I lost interest in which were psychopaths, liars, stalkers, or murderers. Read full review

M. T. Edvardsson is an author and teacher from Trelleborg, Sweden. He is the author of multiple novels. A Nearly Normal Family is his first published in the United States. He lives with his family in Löddeköpinge, Sweden. 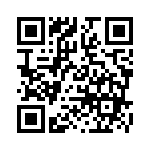