Tanya Selvaratnam is the author of The Big Lie: Motherhood, Feminism, and the Reality of the Biological Clock. Her work has been published in The New York Times, Vogue, CNN, Glamour, and McSweeney’s. She is an Emmy-nominated and Webby-winning filmmaker, who has produced for Aubin Pictures, Glamour Women of the Year, Planned Parenthood, and the Vision & Justice Project. 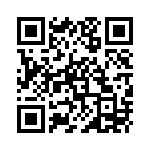