Short, sweet, and darling. Really nice magical world-building too. Listened to the audiobook version and Daniel Henning's narration was lovely. If you're one of the evil queers, you'll love it. Read full review

The Monster of Elendhaven by Jennifer Giesbrecht 2019 Tor 3.5 / 5.0 A monster. A murder. A plot for revenge. This is a twisted and horrific dark fantasy novella. Johann lives in Elendhaven, in a back ... Read full review

JENNIFER GIESBRECHT is a native of Halifax, Nova Scotia where she earned an undergraduate degree in History, spent her formative years as a professional street performer, and developed a deep and reverent respect for the ocean. She currently works as a game writer for What Pumpkin Studios. In 2013 she attended the Clarion West Writers Workshop. Her work has appeared in Nightmare Magazine, XIII: ‘Stories of Resurrection’, Apex, and Imaginarium: The Best of Canadian Speculative Fiction. She lives in a quaint, historic neighbourhood with two of her best friends and five cats. The Monster of Elendhaven is her first book. 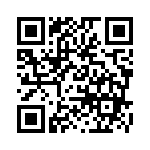