Somewhere out there, away from the big city of Bath, there is a land where a dragon sleeps. That's how Priya Sharma starts this novella - with the legend heard by a 7 years old boy called Gideon. His ... Read full review

British Fantasy Award–winner Sharma’s short novel reads like an old-fashioned idyll of rural life in Georgian England, but there is nothing idyllic about a hardscrabble family farm in the shadow of a ... Read full review

PRIYA SHARMA's fiction has appeared in Interzone, Black Static, Nightmare, The Dark and Tor.com. She’s been anthologised in several of Ellen Datlow’s Best Horror of the Year series, Paula Guran’s Year’s Best Dark Fantasy & Horror series, Jonathan Strahan’s The Best Science Fiction & Fantasy 2014, Steve Haynes’ Best British Fantasy 2014, and Johnny Main’s Best British Horror 2015. She’s also been on many Locus’ Recommended Reading Lists. “Fabulous Beasts” was a Shirley Jackson Award finalist and won a British Fantasy Award for Short Fiction. She is a Grand Judge for the Aeon Award, an annual writing competition run by Albedo One, Ireland’s longest-running and foremost magazine of the Fantastic. A collection of some of Priya’s work, All the Fabulous Beasts, was released in 2018 from Undertow Publications. 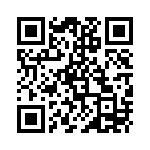