Taryn returns to her hometown 5 years after leaving without telling anyone. She left an already broken Jace behind, shattering his heart completely. Over the years he's tried to forget her but ... Read full review

A Cowboy Kind of Love by Donna Grant Heart of Texas #6 What would you do to protect your family? How would you manage being a “slave” to a drug lord for five years? Would you give up on the love of ... Read full review 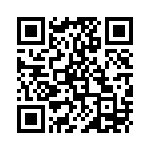