Not only do I consider this series, featuring a Muslim officer and his young partner, a smartly written series, but the storylines are so relevant. The characters are wonderfully portrayed, and I ... Read full review

When Allison Ziegler at Minotaur Books messaged me to offer an ARC of Ausma Zehanat Khan's next Esa Khattak/Rachel Getty mystery, I nearly lost my mind. I already had my digital and print copies pre ... Read full review

AUSMA ZEHANAT KHAN holds a Ph.D. in International Human Rights Law and is a former adjunct law professor. She was Editor-in-Chief of Muslim Girl magazine, the first magazine targeted to young Muslim women. A British-born Canadian, Khan now lives in Colorado with her husband. The Unquiet Dead was her debut novel. 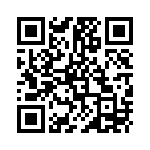