I loved this slim volume of stories and can't wait to read more by R.K. Maizes. Read it and let yourself be drawn into the heads and worlds of the characters. Read full review

I'll be honest. I don't really like short stories, but I picked up this book because of the title. Yes! Who doesn't love Anderson Cooper? The title story was one of the best and pulled me into this ... Read full review

R.L. Maizes was born and raised in Queens, New York, and now lives in Boulder County, Colorado. Maizes's short stories have aired on National Public Radio and have appeared in the literary magazines Electric Literature, Witness, Bellevue Literary Review, Slice, and Blackbird, among others. Her essays have been published in The New York Times, The Washington Post, Lilith, and elsewhere.

Maizes is an alumna of the Bread Loaf Writers’ Conference, the Sewanee Writers’ Conference, and the Tin House Summer Writer’s Workshop. Her work has received Honorable Mention in Glimmer Train’s Fiction Open contest, has been a finalist in numerous other national contests, and has been nominated for a Pushcart Prize. We Love Anderson Cooper: Short Stories is her first book. 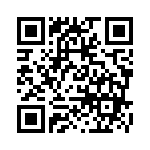