This book and it's time travel shenanigans is too clever for me. Kind of like looking at the action under a strobe light. Somethings happened, or did they? will they? or will things stop happening? Read full review

Heartfield establishes a fascinating, original take on time travel in Alice Payne Arrives. While a bit mind-bendy at times (time travel does that), the intriguing characters and premise kept me glued ... Read full review

Kate Heartfield is a former newspaper editor and columnist in Ottawa, Canada. Her novels include the historical fantasy, Armed in Her Fashion, and her interactive novel for Choice of Games, The Road to Canterbury, inspired by the Canterbury Tales. Her short fiction has appeared in several magazines and anthologies, including Strange Horizons, Escape Pod and Lackington’s. Her novella “The Course of True Love” was published by Abaddon Books in 2016, as part of the collection Monstrous Little Voices: New Tales from Shakespeare’s Fantasy World. 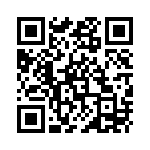