So...this book's not really about ships. But the cover is still pretty. Teriana. Marcus. These are some powerful characters, with spunk, spirit, and spite. They won me over in the end, despite a ... Read full review

For untold years, the Endless Seas have separated two continents: the lands of the East, now fully controlled by the Celendor Empire, and the Dark Shores of the West. Only the seafaring Maarin know ... Read full review

DANIELLE L. JENSEN was born and raised in Calgary, Canada. She graduated from the University of Calgary with a bachelor’s degree in finance, then went back to school to complete an English literature degree at Mount Royal University. She is the USA Today bestselling author of The Malediction Trilogy: Stolen Songbird, Hidden Huntress, and Warrior Witch (Angry Robot). 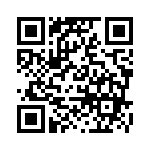