Hamilton (the Greg Mandel series) and Powell (the Embers of War series) create an intriguing story of forgotten love and two people’s attempt to save humanity. As a human enhanced with eight-letter ... Read full review

GARETH L. POWELL writes science fiction about extraordinary characters wrestling with the question of what it means to be human. He has won the BSFA Award twice, for Ack-Ack Macaque and Embers of War, and has also been a finalist for the Locus Award. He lives in Bristol, UK with his children.

PETER F. HAMILTON began writing in 1987, and sold his first short story to Fear magazine in 1988. He has written many bestselling novels, including the Greg Mandel series, the Night's Dawn trilogy, the Commonwealth Saga and the Void trilogy, as well as several standalone novels including Fallen Dragon and Great North Road. 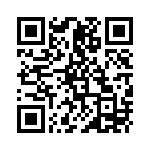